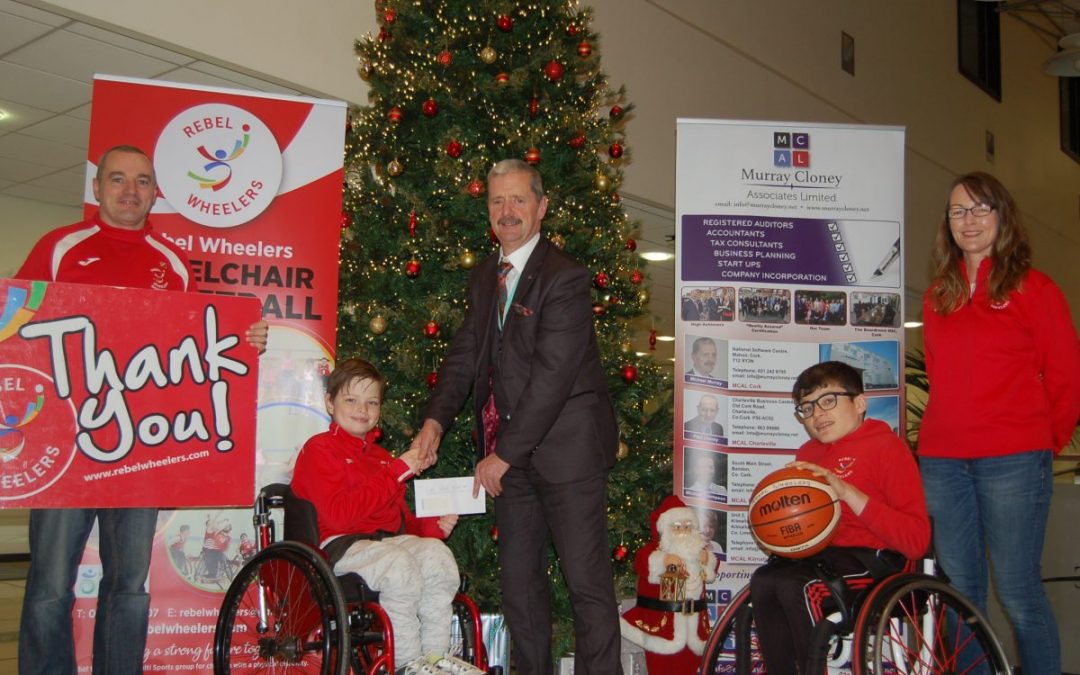 Corks’ Rebel Wheelers member,Conor Simpson accepting a cheque from Michael Murray as the result of MCAL’s team sponsorship and participation in the clubs recent fundraiser In Blackrock, Cork. Over 16 teams with two hundred participants got to have a go at wheelchair basketball and raise money for the Cork Rebel Wheelers Ability Multi Sports Club. In the pic from left to right, are Con Coughlan, Club Coach, Conor Simpson,Michael Murray, Conor Couglan and Basketball Chairperson, Eileen Simpson. MCAL was delighted to sponsor own team on the day and have as much fun as we did, with a super bunch or organisers, committee members and club members/families on the day. A great time had by all.